Experience Kumon English or Maths over two weeks during May 2022

With Kumon’s Free Trial your child can experience our individualised Mathematics or English programme over two weeks, for free.

Find out how we can develop in your child:

To learn more about how the Free Trial could benefit your family, please watch this video.

To read about a current Kumon student who previously experienced a Free Trial, please visit: https://nz.kumonglobal.com/free-trial-student-testimonial/

In our first edition of Potential for 2022, we focus on how Kumon provides each student with skills and capabilities that enable them to have a bright future.

We hope you enjoy reading!

Kumon’s ongoing contribution to our community in 2022

Kumon Australia and New Zealand is committed to helping children realise their potential.

Our Kumon centres achieve this goal through instruction of the individualised mathematics and English programmes that develop fundamental mental calculation and reading comprehension skills in our students, as well as confidence in the classroom and the ability to self-learn. This benefits our students throughout their schooling, in tertiary education, and beyond.

At the same time, Kumon recognises the importance for children to grow into healthy, well-rounded adults who thrive outside the classroom. For this reason, Kumon recently partnered with children’s sporting associations, including Little Athletics organisations in New Zealand, Western Australia, New South Wales, South Australia, and the Australian Capital Territory, as well as Basketball Victoria and Surf Lifesaving Queensland.

Whether on the track, the basketball court, or in the surf, these organisations all help children to realise their potential. They provide children an opportunity to socialise, develop skills and confidence, and many of them teach children the importance of practise and persistence, as does Kumon Mathematics and English.

We look forward to continuing our partnerships with all these organisations in 2022 and to furthering our contribution to the community. Should you wish to learn more, please contact us via this form: https://nz.kumonglobal.com/contact-us/general-enquiry/

Esmael goes back to school with confidence

Esmael with his Kumon medals.

Starting school for the very first time can be an exciting, yet daunting step for children and their parents. But for 5-year-old Esmael, a smooth transition from kindergarten is likely, given the preparation he’s been doing with Kumon Mathematics and English.

Esmael studies both Kumon Mathematics and English programmes one year ahead of his school grade level level, meaning he has already covered the fundamental maths and reading concepts that he will encounter in Year 1.

For his mother Samsam, this is extra reassurance that Esmael will thrive at school.

“Esmael’s gained so much confidence and focus”, Samsam says. “Now he doesn’t get distracted as quickly as he used to. Even with the background noise or the other kids asking questions, he still concentrates and just focuses on his task.”

“I think that will really help him with starting school and I wouldn’t really worry about the academic aspect of school”, she says. “He can just focus more on developing social skills and making friends”.

Samsam says prior to enrolling Esmael into Kumon, she was trying to prepare him for school on her own. However, she found this to be a challenge, especially as this took place during Melbourne’s extended 2020 lockdown.

“During the pandemic, I was trying to teach him at home by myself and I found it quite challenging”, Samsam explains. “So, I wanted someone to help me at least get the basics correct, like his pencil grip and basic writing.”

Esmael says he likes Kumon and that it’s helping him to become a better learner. He wants to become a police officer when he grows up. Samsam says no matter what path Esmael chooses to pursue as an adult, that the fundamental mathematics and reading skills he is learning at Kumon will be of benefit.

“Esmael does both English and maths with Kumon. So, if he changes his mind and decides to have a career in STEM, he will already have that strong maths knowledge”, Samsam says.

To learn more about how Kumon Mathematics and English could benefit your child when they start school and beyond, contact your nearest Kumon centre: https://www.kumonsearch.co.nz/

Our first priority remains the health and welfare of all students, parents and staff.

Kumon will always comply with advice from the New Zealand Government and Director-General of Health. We will continue to monitor their advice and review our operating procedures as needed. We hope it is reassuring to know your child’s Kumon programme can continue during this period.

For families looking to enrol, we encourage you to contact a Kumon centre near to your suburb. To locate your nearest Kumon centre, please visit: https://www.kumonsearch.co.nz/

We look forward to welcoming you to Kumon and supporting your child on their learning journey. We thank you for your understanding during this challenging time.

Janmesha shoots for the stars with Kumon Mathematics

By studying Kumon Mathematics more than five years ahead of her school grade, Janmesha is one step closer towards her sky-high ambition of a career in aerospace engineering.

Kumon Mathematics develops quick, precise calculation skills necessary for the study of high school mathematics, and students progress at a rate determined by their ability, not age. It is a comprehensive programme, including topics such as number recognition, counting and writing; the four basic operations of addition, subtraction, multiplication and division; fractions and decimals; and algebra, equations, functions and calculus. Each worksheet builds on what has come before and prepares students for what comes next.

Janmesha, in Year 4 at school, currently studies simultaneous equations, monomials and polynomials, and factorisation, at Kumon. Janmesha loves maths and she says what she is learning now at Kumon will be very helpful for her later education and career.

“Since I study maths at Kumon, I think it will help me a lot with maths and physics in upcoming years at school”, Janmesha says.

“I think it’s useful because those two subjects are important to know in engineering”.

Janmesha wants to work in aerospace engineering because she is fascinated by space and extraterrestrial planets.

In recognition of her achievements in Kumon Mathematics, Janmesha was invited to Kumon’s 2021 Virtual Advanced Student Forum, held each year in November. Despite moving to a virtual format due to the pandemic, this forum is where Kumon’s highest achieving students are celebrated. Attending students also hear from a range of guest speakers and have the opportunity to network with one another.

Hetal, Janmesha’s mother, says she is very proud of her daughter’s achievements in Kumon Mathematics.

“It’s a very good achievement for a child of such a young age, so I feel very proud of her”, Hetal says.

Hetal also believes that Janmesha’s Kumon Mathematics will be of great benefit to Janmesha as she strives becoming an aerospace engineer.

“Since her father is an engineer and he explained that physics is mostly about mathematics, that’s why she wants to focus on mathematics”, Hetal says.

Janmesha’s next goal is to complete the Kumon Mathematics programme.

“I want do it because I really enjoy maths, and it will help me in life to do my dream job in aerospace engineering”, she explains.

Top tips for supporting your children’s Kumon study over summer

While summer is a time to recharge and catch-up with friends and family, children can get the rest they need and continue small amounts of progress each day in their Kumon worksheets. Many Kumon students balance both priorities, returning to school revitalised and ready for a new year of learning.

As such, below are some tips for you on helping your children this summer. 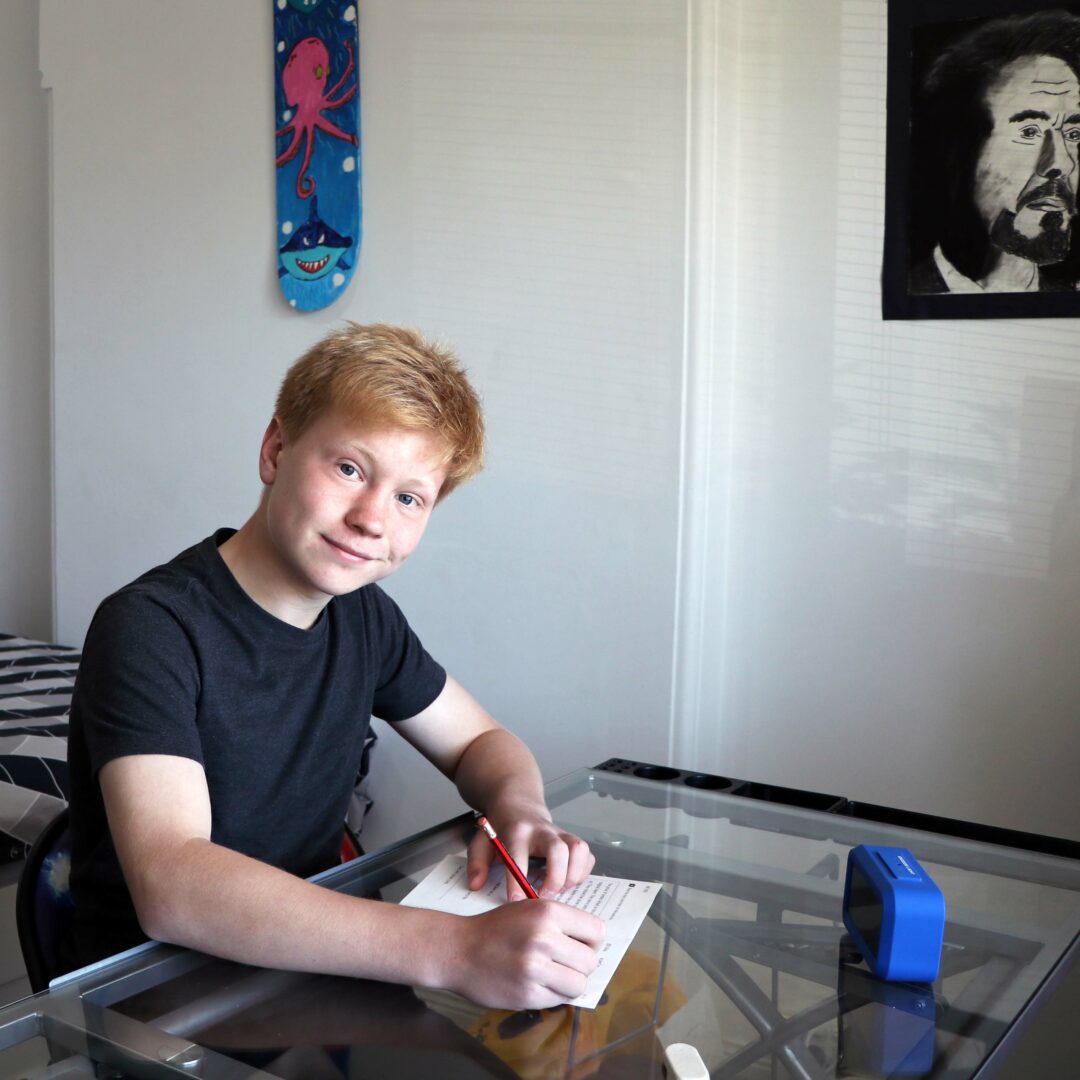 Each year in November, Kumon Australia and New Zealand hosts a series of Advanced Student Forums to celebrate our highest achieving students.

In 2021, to ensure safety and comply with health regulations, we will host our Advanced Student Forum events online for the second time, this year under the theme of, ‘For a bright future’.

Students invited to the 2021 Kumon Virtual Advanced Student Forums have displayed the tenacity and determination to study Kumon Mathematics or English at a level at least five years ahead of their school grade, or have completed the Kumon programme.

Our events for New Zealand, Victoria, Tasmania, and Western Australia will occur on 21 November. The events for New South Wales, Australian Capital Territory, South Australia, Northern Territory, and Queensland will take place on 28 November. Invitations have been emailed to all awardees.

At these events, Kumon’s awardees will hear from a special guest speaker and be awarded for their achievements. Our awardees will also submit videos telling us about their hopes, dreams and ambitions for the future. Some of these will be featured at the events and on the Kumon Australia and New Zealand Facebook page.

We offer a massive congratulations to all our awardees for their achievements in Kumon, and thank families for their support and dedication. We look forward to seeing you at the 2021 Kumon Virtual Advanced Student Forums.

To learn more about the Kumon Virtual Advanced Student Forum events, please contact us via this form.

As students and athletes understand the importance of persistence, practice and hard work in order to achieve results, both organisations have agreed to work together throughout 2022.

Under the partnership, Kumon will sponsor Athletics NZ’s 2022 Colgate Games to be held from Friday 7 to Sunday 9 January in Wellington, and Friday 14 to Sunday 16 January in Invercargill. Kumon will also support various local Athletics NZ events throughout 2022.

“Kumon is thrilled to support an organisation like Athletics NZ that shares our passion for helping young people to reach their potential”, said Bobby Nyoto from Kumon New Zealand.

“We look forward to connecting with local families and communities who are involved with Athletics NZ”.

Athletics NZ said they are excited to bring Kumon on board as a Supporting Partner of the Colgate Games.

“With over 2000 tamariki attending each year, Kumon’s partnership will help us to continue to provide an amazing experience and support grassroots athletics”, said Pete Pfitzinger, CEO of Athletics NZ.

To learn more about this partnership, please contact Kumon via our enquiry form: https://nz.kumonglobal.com/contact-us/general-enquiry/

Ayson hasn’t even finished primary school yet, but he can comfortably tackle calculus concepts that Year 12 students would find difficult.

Ayson, who is nine years old and in Year 4 at primary school, completed the Kumon Mathematics programme in September 2021 after studying it for more than three years. While completing the final levels of Kumon Mathematics this year, Ayson said he studied calculus concepts such as differentiation, anti-differentiation and integrals.

And beyond mathematics, Kumon helped Ayson to become more independent, because the worksheets are structured to develop self-learning.

“In Kumon, if you don’t know something in a question, you can look back at the formulas that were in the examples at the front, so you can get a much better understanding”, Ayson says. “This has helped me to become more independent in my learning”.

Being an advanced student has also helped Ayson to grow in confidence at school.

“Kumon helps you solve more complex questions. This helps you when in school because you have more confidence through knowing that you can solve a problem”, Ayson says.

Ayson hopes to become a doctor or engineer when he grows up.